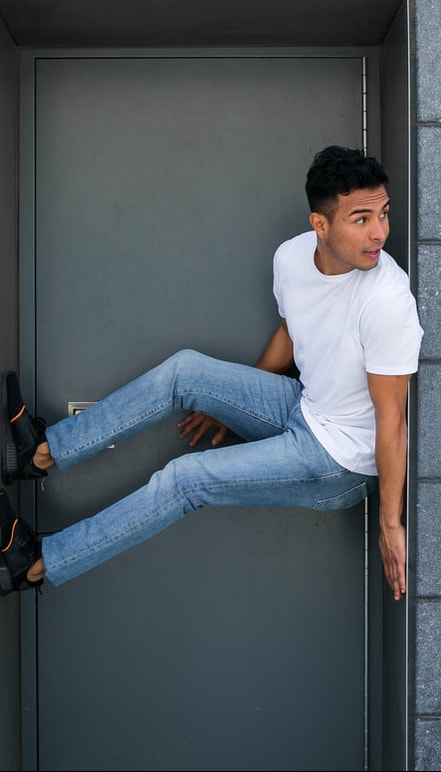 From the moment he steps on stage, Fernando V’s powerful persona commands your attention, and his fantastically impossible magic and death-defying escapes will leave you breathless and amazed.
At only 20 years old he began pushing the boundaries of what a young escapologist could do, and became the world’s youngest to perform magic’s most dangerous illusion,
Harry Houdini's  Water Torture Cell.
​Whether he’s producing doves from thin air, levitating an audience member, or risking his life in an escape that leaves no room for error, Fernando V will change your perception of what’s possible.

Born in Mexico, Fernando was 11 years old when he immigrated to Southern California where his passion for  magic took him to the world famous Magic Castle. Walking through that secret bookshelf door to enter a world of mystery forever changed the course of his life. There he was taught  the "tricks of the trade" by some of America's leading illusionist, quickly mastering the art and winning accolades and awards from his mentors and the magic community, including the Junior Achievement Award by the Academy Of Magical Arts, Fernando knew he had found his path.

​
​Determined to become a leading illusionist, Fernando set out to develop a world class act that could appeal to international audiences of all ages.  Knowing the strength of the classics, he first refined his sleight of hand skills to craft a manipulation routine highlighting his incredible dexterity.  Grand illusion was next on his list, and Fernando soon found himself wowing audiences with some of the most requested magic illusions of all time, like the metamorphosis, sawing a person in half, origami, and even floating a member of the audience in mid-air.  His gracious stage personality always shines in magic routines that include audience participation, and his ability to captivate comes through in some of his more personal effects, like when he brings the audience along for a magical story about his  experience with stars.


It was when putting together an all new show for a repeat venue that Fernando knew he wanted to think even bigger.  And this is when he entered the world of escapes.  Completely bypassing amateur level effects, Fernando’s first sensational escape was hanging upside down in a straitjacket, with only seconds to free himself before he’d be crushed by a giant pair of sharp steel spikes held apart only by a thin rope that had been lit on fire.  And after successfully escaping from the Death Trap that day, Fernando knew he’d found yet another way to keep his audiences riveted and on the edge of their seats.


The magic world took notice, and in 2016 he was invited to appear alongside the legendary Chuck Jones & Co. on the prestigious World Festival of Magic tour in New Zealand.  The six week engagement played 31 performances, filling venues of up to 3,000 seats.  Fernando was hooked, and the larger venues had him thinking even bigger.  After returning from New Zealand, Fernando crafted even more spectacular escapes and illusions for his show, and later joined  the international Champions of Magic tour, where he faces some of the deadliest escape stunts ever performed.


With multiple international tours under his belt, and an act featuring some of the most incredible escapes and illusions in the world, one can only wonder what’s next for Fernando.  But one thing’s for sure:  it will be amazing, it will be mind-blowing, and it’ll be big.  The best is yet to come.
​